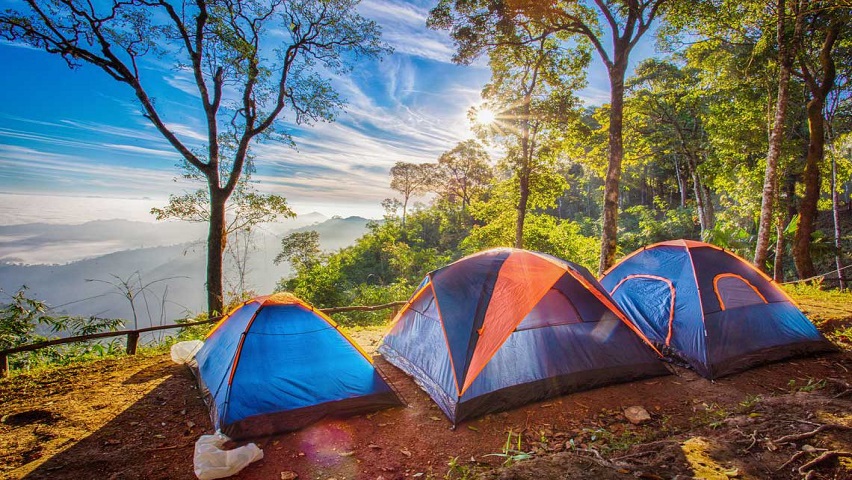 Day 1:ARRIVAL
You will commence your safari from Arusha in the morning; you will drive 120kms to Tarangire National Park, with packed Lunch. You will have full day game drive of the park then drive to Flamingo Campsite for dinner and overnight

Day 2 :NGORONGORO CRATER
After an early breakfast you will drive to Ngorongoro Crater, drive around the rim and then into the Crater for a game drive, with your picnic lunch.Later in the evening you will drive to Ngorongoro Public Campsite for Dinner and overnight. NGORONGORO- Often called the eighth natural wonder of the world, the Ngorongoro Crater is the largest intact crater in the world. About 2 million years ago the Ngorongoro volcano erupted, and its walls collapsed. The volcano floor sank to create a natural enclosure with its 600m tall walls. Now, at over 19 kilometres wide, Ngorongoro Crater is filled with great areas of acacia forest, hippo filled swamps and open grasslands. These different habitats contain over 30,000 animals – including elephants, warthogs, flamingos, magnificent birdlife, the rare black rhinoceros and all the predatory cats. The Maasai can also be seen grazing their cattle alongside the buffalo and wildebeest.

Day 3 :SERENGETI NATIONAL PARK
After breakfast in Ngorongoro you will drive to Serengeti national park, travel with picnic lunch,on the way, you may wish to stop in for a Maasai Visit at their Maasai Bomas Us$ 40 will be needed if you opt to do so. Enjoy all the animals and landscapes of Serengeti! Dinner and overnight at Serengeti Public Campsite The Serengeti National Park is the world’s last great wildlife refuge as it contains an estimated three million large animals, most of which take part in a seasonal migration that is one of nature’s wonders. The area covers 14,763 sq kms and the name Serengeti comes from the Maasai ‘Siringet’, meaning endless plains.

Day 4:EN ROUTE TO LOBO PART OF SERENGETI
After breakfast drive to Lobo, game drive to Lobo in the remote Northern Serengeti. The area is a natural pathway for the yearly migration of the wildebeests. This area has one of the highest concentrations of lion in Africa. Black rhino tours recommend dinner and overnight at Lobo public campsite

Day 5:LOBO TO NATRON
After breakfast drive to Natron spend the day driving visiting the Wasso and Sonjo peoples, en-route to Lake Natron. Meet an ancient, traditional African way of life. The journey is worth the effort to experience true rural Africa. Lake Natron is also famed for its flamingo population. Although wildlife may be seen in this area, this location is not about game viewing; rather it is about experiencing the breathtaking waterfalls and the beautiful lake Natron also unforgettable sunrise experience. Black rhino tours recommend dinner and overnight at Lake Natron Moivaro Campsite

Day 6:. Mountain Oldoinyo Lengai Trek
You will climb Mount Oldonyo Lengai in the midnight. It will take you 5-7hrs up and down. Oldoinyo Lengai” means “The Mountain of God” in the Maasai language. The summit of this strato-volcano is 2962 metres above sea level, and affords direct views into the caldera of Tanzania’s only officially-certified active volcano, and the world’s only carbonatite volcano. Looking north from it’s summit crater, the hot barren salt flats of Lake Natron stretch into the distance. To the south stretch the crater Highlands and the Ngorongoro Game Reserve. The eastern horizons dominated by Kilimanjaro and to the west the forested escarpments and hills comprising the western slopes of the Rift Valley. It is possible to walk across the crater floor. The ascent of Oldoinyo Lengai is demanding on account of the day time heat, lack of water, steep and unsuitable slopes of ash and crumbly rocks and considerable height gain. Normally you can start ascending to summit early in the morning and reach to summit at sunrise. Short and a warm jacket are suitable for ascent, also long trousers are good as the summit before dawn can be cold. Access route from the North West allows an early descent to be made from the summit in the morning shadow.

Day 7:Natron to Arusha
After breakfast drive to Arusha either for your flight back home or to your next destination.